This pendant/focal bead in Bronzclay was just listed on Etsy: 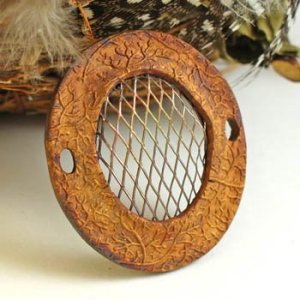 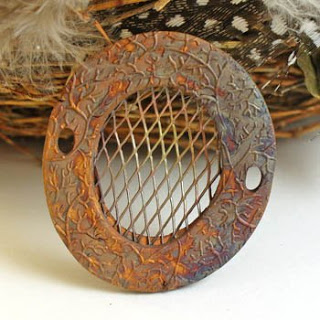 These pendants were just put up on Etsy:

These three pieces have an even more colorful patina than I had hoped for. It seems the more I fire, the more color I get.

Here is the group pile.

Tomorrow I hope to have the time to play with the Copper Clay that my wonderful friend, Hayley, sent me. Hadar Jacobson has formulated her own Copper and Bronze Clay, it’s in powder form and you just mix however much you want. Hayley has given it rave reviews, I’ll give my thoughts once I have a chance to play.

Here is another pile of beads before going into the kiln- I just love how nice and clean they look before firing them, lol. Although these close-ups show that I need more sanding on some parts…Hope to have more pics tomorrow of the finished product. 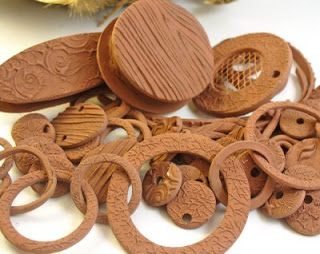 Here is a closer look at some of the larger pieces.

I just listed this pendant on Etsy. The patina on this piece is gorgeous!
Since it’s hollow formed, there are two different sides- like getting two for the price of one 😉 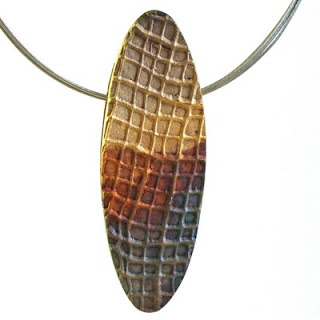 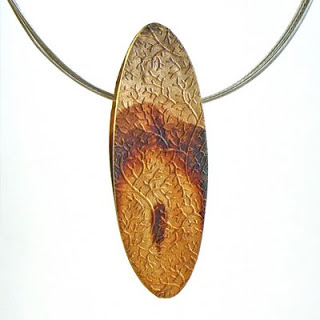 Here are Hayley and Helen’s beads from last week’s Bronzclay playdate. Hope you ladies like them!

Here is the group of my hollow formed beads after firing. 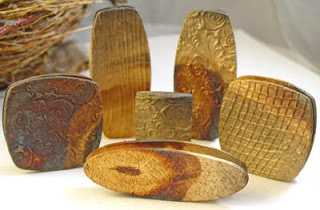 Had a little bit of buckling, not sure how this is to be avoided since the beads shrink so much. I’m very pleased overall, this is a style I want to revisit.

Here is the pile of beads all together.

And one of my favorite colors in bronzclay..goooold, so rich and pretty looking. 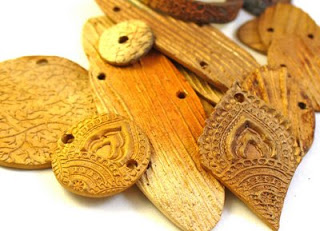 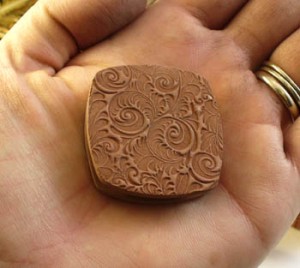 Before firing…ah, so clean and pristine.

After firing…so pretty and colorful.

Here is a pile of Bronzclay beads before firing. Some of them are from a get together with fellow Lampwork artists, sisters Hayley and Helen, Sheryll, Sadie and Carol in the SF Bay Area.

Some of the others are ones I’ve been feverishly working on for the past two days. My hope is that most will sell on Etsy. There is probably more than 300 grams worth of beads in this picture. 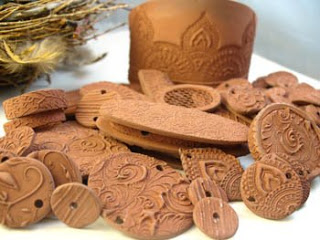 While some of my Bronzclay beads are cooking in the kiln, I thought I’d show some of my hollow-formed beads that’s taken 2 days to complete- this is partly due to having a 6 month old and having to make these in steps.

There’s probably a way to cut my time down, I’ll have to experiment, I guess. Celie Fago I’m not, but I’m pretty proud of them.

They would’ve gone into the kiln with the others, except for the fact I would have been up til midnight waiting for the cycle to run its course before I could cool my kiln and take out the firing pan. This batch is for tomorrow morning since the firing will take approx. 10 hours to complete. 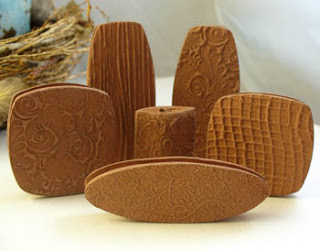